Birmingham’s newly-designated Social Enterprise Quarter in Digbeth has become the latest ‘Place’ to be recognised by Social Enterprise UK (SEUK).  The framed certificate was handed over to Sarah Crawley, Chief Executive of iSE (Initiative for Social Entrepreneurs) at the launch of the new Quarter by Charlie Wigglesworth from SEUK.  The event was also attended by Clive Hurst from Social Enterprise Solutions, ‘architect’ of the Social Enterprise Places initiative, Helga Edstrom from the Office for Civil Society, Sir Albert Bore, Leader of Birmingham City Council, as well as more than 100 members of the rapidly growing social enterprise community in the city.

The launch event included a Social Enterprise Christmas Market – a first for Birmingham – and the opportunity to join one of three Walks visiting Digbeth-based social enterprises.

In recent years the number of social enterprises gravitating to the Digbeth area of Birmingham has increased significantly, which caught the attention of Sarah Crawley, Chief Executive of iSE (Initiative for Social Entrepreneurs) who has been running a social enterprise support organisation in Birmingham for over 15 years.  “The economic benefits to a market sector of ‘clustering’ together are well documented,” she says, “as in Silicon Valley.  I thought it would be interesting to find out more about these enterprises and create an opportunity for them to network and explore what they could achieve together.”  From this networking group, the concept of a designated Quarter was born.

The local residents association and colleges in the area are also involved in the initiative, keen to join the social entrepreneurs in their bid to improve communication, opportunities and the environment in and around Digbeth.

Signs have already gone up, and visitors to the Quarter will notice a difference in the character and feel of the area in the coming year as the community grows in strength and puts its plans for change into action.  “This is an area close to Birmingham’s impressive city centre, which feels neglected and down at heel,” says Sarah Crawley.  “We believe that by reaching out to everyone living and working in the area, including commercial businesses, we can find creative ways to rejuvenate its spirit.”

Speaking at the launch, Sir Albert Bore said: “What we are seeing here is the ‘repurposing’ of Digbeth – the old factories and warehouses of Birmingham’s oldest industrial area given a new lease of life by social and cultural entrepreneurs committed to social change and social inclusion.  At the last count there were over 50 social enterprises trading in Digbeth and the surrounding area (and we suspect more waiting to be discovered) – predominantly run by and employing young people, many of their chief executives women or from black and ethnic minority communities.

“As a result of today’s public recognition of their efforts, we hope to see many more setting up or moving in to the area in the next five years.  This city has built itself time and time again through individuals and entrepreneurs whose vision and ideas have spread not only around the UK but across the world.  This initiative is part of Birmingham’s long history of social activism and reform.

“Birmingham City Council is wholeheartedly committed to buying goods and services which deliver social value and to working in partnership with the city’s social enterprise sector.  I hope that, like me, you will want to do business with these young entrepreneurs and activists, helping to tackle deprivation and inequality, improve life chances and make Birmingham a better city in which to live and work.”

Anyone interested in buying from a social enterprise will find many of those based in Birmingham listed at www.shopforchange.info.

More information about the Digbeth Social Enterprise Quarter can be found at http://www.digbethsocentquarter.co.uk 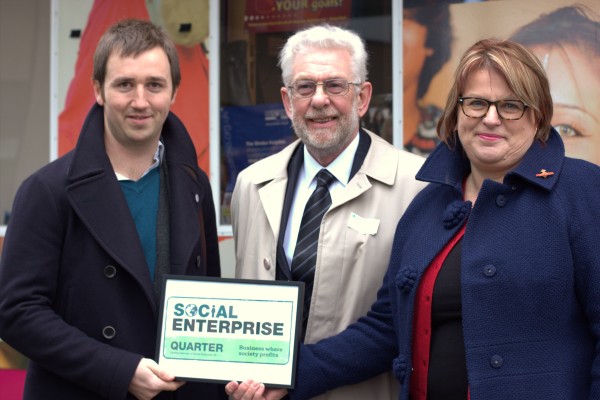 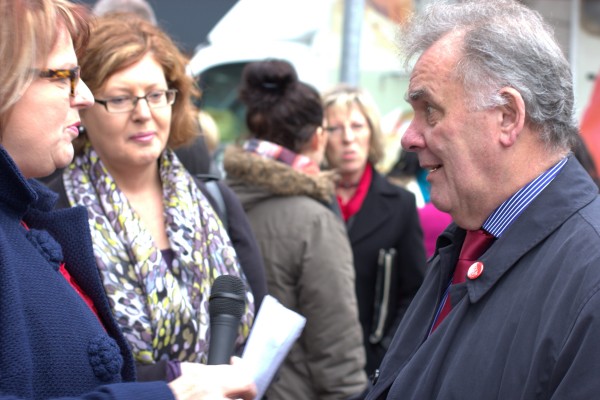 The iSE Autumn programme is now live! Whether start-up, scale or growth, find out how we can support you on...

Social Enterprise Drive 2022 was a festival of social enterprise for Birmingham and beyond - a packed week of exhibitions,...