Read on to find out more about the profile of social enterprise in the city, and the most significant headlines that can be taken from the findings (taken from BSSEC):

– The Sector in Birmingham is characterised by a high proportion of newer, younger social enterprises: almost 41% of social enterprises have been operating for three years of less. This is a substantial increase in this age-band.

– 86% spend with other social enterprises and this is worth almost £17m a year. It is encouraging to see that this key message regarding the importance of inter-trading within the social economy – a key aim of CITYDRIVE and of Social Enterprise City has been grasped and acted on.

– 64% of social enterprises utilise volunteers and across the sector this donated effort is equivalent to almost half-a-million volunteer hours worth at least £5.6m a year.

– 69% of social enterprises reinvest in their business – worth a further £5.6m a year

– 69% reinvest each year in achieving their social mission – worth almost £30m a year.

Alun Severn (BSSEC) has produced a report showing the findings from the survey. To read this click on the link at the bottom of the page. 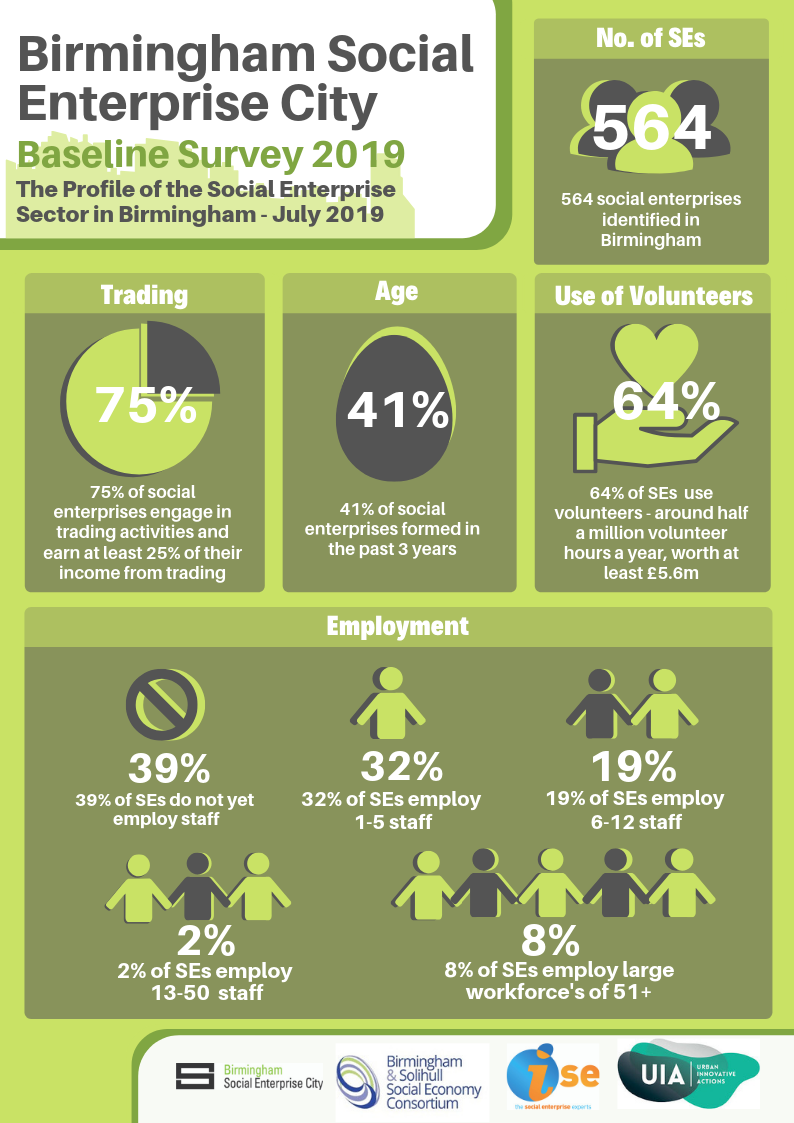 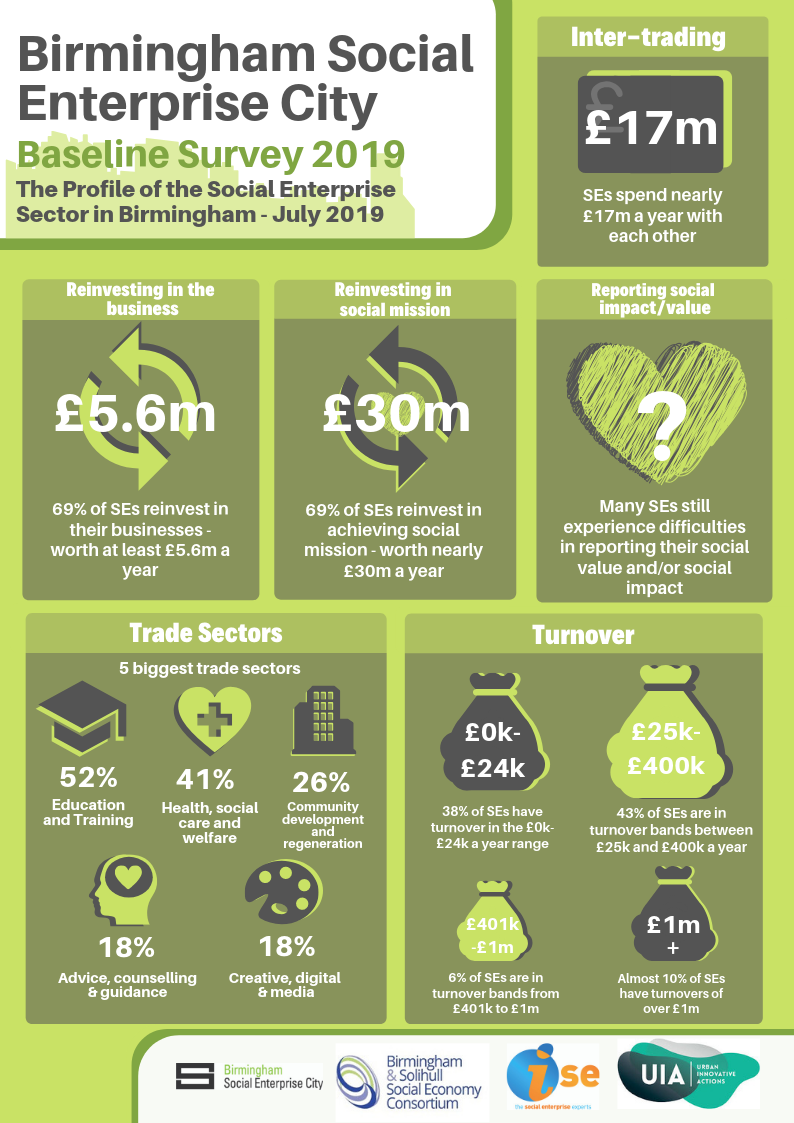 In this series, our digital apprentice Shian tells us more about the social enterprises that inspire them, starting with Empowering...